Despite the lockdown and the incredible confusion and recalibration that it has caused to everyone and not least our own planning and work we have continued to work with freelance artists and creatives. It has been important for us to ensure that artists are encouraged and supported - and paid - during the crisis.

Over August, September and October we have been working with these artists and creatives alongside the Eden Arts team on various projects and new works. Find out more about these people and projects below...

Katie Hale is a poet and novelist based in the Eden Valley. Her work has been published and acclaimed internationally, and her poetry has received the Munster Chapbook Prize, as well as the Buzzwords, Ware and Jane Martin Prizes. She is a former MacDowell Fellow, who has also written for radio and fringe theatre. Katie leads workshops for adults and young people, and sometimes runs guerrilla poetry projects across Cumbria.

'Working on the Winter Droving Trail has been like being allowed to play around with history, and to mythologise my own version of the world. Which is all a writer really wants, to be honest."

Andy is a film and (occasionally) theatre director based in Teesside. He’s made two award-winning short films, ‘A Six & Two Threes’ (2015) and ‘Elsewhere’ (2018), as well as music videos for artists like Saint Saviour, Papercutz and Young Rebel Set.

"Working on Bella was a real joy. Opportunities to make films that are not only fun and inventive but immersive and interactive are rare. My experience of Eden Arts is that they are always looking to push boundaries without forgetting to make experiences accessible and enjoyable, and the most exciting aspect of this project has been walking the balance between challenging an audience without alienating them. Based on the experience I think we’ve created in a relatively short amount of time, I really hope we can develop this concept and take it to bigger and more adventurous places."

Natalie is a Cumbrian theatre practitioner and producer specialising in site specific performance and outdoor art installations. She returned to the fold after training in European Theatre Arts BA (Hons) in Kent & Estonia, and now works with a diverse pool of cultural organisations and individuals to deliver creative events across the North West.

“The collaboration that went into bringing Bella’s story to life was an exciting process for myself, and I think for the creative team as a whole - playing with these mystical ideas of time and culture – as her story became just as much our own, woven with our own perceptions of Penrith’s history for how it is, has been, and could be.”

Gavin is a prehistorian, and emerging artist, who has been exploring past dimensions of landscapes for over twenty years, often working as an archaeologist and still practicing in the heritage sector, but increasingly now through creative responses to place. His work seeks to reveal beyond the picturesque, the complex, dynamic and contested nature of peoples relationships through landscape.

Since 2011 he has been Co-Director of Northlight Heritage, a social enterprise based in Glasgow,
where he helps deliver a wide range of archaeological and heritage based projects.

"Eden Arts invited us to playfully explore peoples relationships with the time depth of place and develop a work which evokes the spirit of the Winter Droving. Working with the creative team across arts, culture and heritage has been a powerful experience." 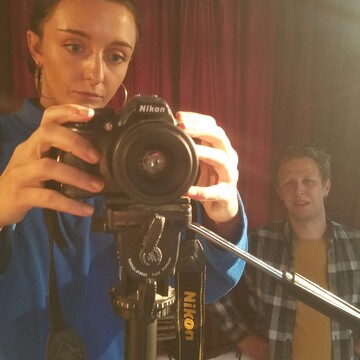 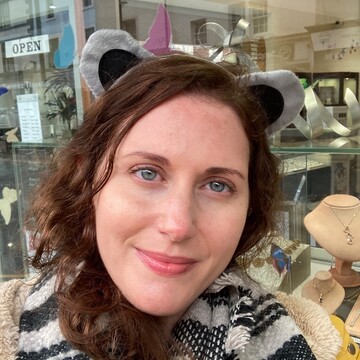